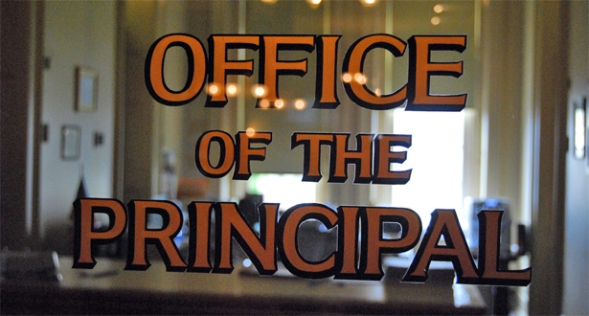 My father, at 86, has been retired now longer than he was an elementary school principal.

But he was most definitely the principal of our family reunion, and its chief architect. When his children grew up, moved away, and started families of their own, that reunion became a pilgrimage of sorts, an arrangement of families into a hierarchy, with a single patriarchal star at the top.

At least that was the plan.

I hated the games.

Oh, I didn’t mind guessing how many M&Ms were in a jar. But I never figured out what I was doing right – or wrong – in the BB gun shoot. Sometimes I hit the coffee can, sometimes the bushes.

Then there were the team sports – bocce ball, volleyball, ping pong. We couldn’t just play these when people wanted to: we had to have tournaments.

My husband was also an introverted academic, awkward at sports.

That was one of the reasons I married him. To create a family I belonged in better. At least that was the plan. He disliked the games as well. But it was the goal-setting at the business meeting he hated most.

What? Your family reunion doesn’t have a business meeting? Or goal-setting? Is that allowed?

The business meeting was on Saturday night, after the games had all been played.

Often we’d sit out back, on the screened in porch. My father has a strong belief in setting goals to improve oneself, and a pretty good idea where other people need improvement. “You know what your problem is?” was a common rhetorical question in my house. “You’re not open to a little constructive criticism.” “You know what your problem is? You have a lousy personality.”

As a teenager, it was this sort of constructive criticism that made my face hot and my ears burn, my feet stomp up to my room and my pitching arm slam the door – thus proving his point. I had put a thousand miles between myself and my family to improve myself on my own terms. The reunion erased that buffer zone.

Perhaps I should have gone to the Baker Family Reunion instead…

At the business meeting, we reviewed old minutes and recognized accomplishments.

The family as a whole voted on whether we had met our previous year’s goals. Then it was time to make new ones. Each person was responsible for their own – though as the alcohol flowed, there was quite a bit of suggesting goals and amendments to goals – not just on my father’s part. The whole family got into the act.

In 1986 my father’s goal was to be more pleasant and less grouchy, and to never say phrases like “it’s none of my business, but” or “if it was me, I’d…” Somebody amended that one. My mother’s goal in 1988 was “to not ramble on and to not hesitate when she talks.”

The sort of hazing that my family practiced drove my husband up a wall.

His own family was big on praise – a “mutual appreciation society,” my father-in-law once joked. That didn’t mean they weren’t competitive. But it came out in very different ways, ways he knew how to handle. Here he was in foreign territory. And I could not help him.

I felt for him, but – though I’m not sure I could have told you this at the time – I was also annoyed. I had enough trouble dealing with my own feelings about my father. My husband was supposed to protect me from them, not make matters worse.

For months before the reunion he would worry about what his goal would be.

About whether his progress on last year’s goal would get a “thumbs up” or a “thumbs down.” Not that he cared, of course. His goal in 1989, the year our son was born, was to publish two articles. This was to prepare him for graduate school. My goal was to get everybody’s birthday card out on time. That was the kind of goal my family understood. The minutes record that my husband “failed miserably, totally, utterly and without excuse” at his goal. Quite likely these were his exact words.

That year he won the BB shoot.

After the business meeting – and more drinking of beer – the discussion often took a serious turn.

My family would attempt to resolve such difficult questions as whether Pete Rose should be allowed in the hall of fame and what to do with Jeffrey Dahmer. My husband’s family, with its generations of Episcopal clergymen, had higher quality conversations around ethics and morality; our family discussions, frankly, embarrassed me.

The year my husband did not make his goal, the topic was Operation Desert Storm. The Persian Gulf War – which my father was against. He had seen the interests of Big Oil kill the sons and daughters of Americans, and he was not fooled.

My youngest uncle worked for Exxon. So the conversation was lively, to say the least.

Wherever you fall on the political spectrum, you can brain your opponent with the Bible.

That’s why it’s such a popular book.

At one point my father, his voice booming as if God was speaking to Moses over the school intercom, announced that “The Bible says ‘Thou shalt not kill.’”

My husband had spent three years in seminary. He had won awards in Hebrew, and in Greek. He had yet to publish two articles, but he knew his stuff.

“Actually, the more accurate translation is ‘Thou shalt do no murder.’ Which begs the question.”

It had been a long hot day. I had spent it dealing with sticky, napless children hyped up on Fourth of July rocket popsicles. But my whole body tensed at that moment. And all the sideline conversations suddenly stopped.

“Are you saying my Catholic Bible is wrong?”

My father is a Catholic convert. That’s the worst kind to mess with.

“I’m saying there are more accurate translations.” There was just the slightest hint of a sneer at the corner of my husband’s lips. I was not the only one who saw it.

I saw my husband’s face flush, and then grow pale. Inside his brain I knew every neuron was firing at once, like lights on an exploding Christmas tree.

“That may be,” his mouth said. But his eyes said something else.

23 thoughts on “The Family Reunion”