You’re Not the Boss of Me: Eldercare Edition 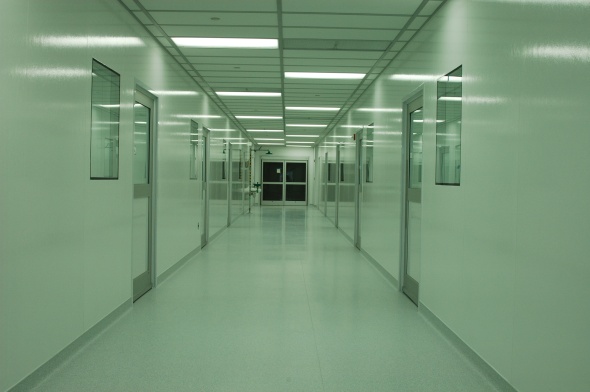 If you’re a regular reader of my currently irregular posts, you know my father has not been well this year.

That there have been three trips to the hospital in four months. In fact, in the post before last, more than a month ago, I rather left you hanging on that score. Sorry. It’s all been hard to process.

We still do not know for sure what caused the high levels of creatinine and calcium in his blood that led to that first hospitalization, the one that brought me home on an $800 flight the weekend after Mother’s Day. Without a bone marrow biopsy – which my father had refused when diagnosed with MGUS last November –cancer could not be definitively ruled out. But for now, chronic kidney disease and a system compromised by years of caring for my mother seem explanation enough.

The hospitalist told us he would never be my mother’s primary caregiver again.

“What we generally see in these cases,” she said as gently as she could, “is a series of hospitalizations with cascading frequency and increasing debilitation.” She said this to us, of course. Not to my father.

Although he had been diagnosed with encephalopathy – brain disease – as a consequence of the physical trauma he had been through, my father was legally still competent to make decisions. Encephalopathy, if you remember, can be a temporary or a permanent condition. Stubbornness, on the other hand, and a need to remain in control, seemed embedded in my father’s DNA.

The second day he was home, he fired his first aide.

Do you know how hard it is to find a “you’re fired” meme that doesn’t include you-know-who?

Threatened to call the police if she didn’t get out of his house. Whitney was somehow able to smooth that over, and the aide got to stay, but it wasn’t easy. There were other difficult behaviors as well, but eventually these lessened.

For awhile the aides were “like having a bunch of teenagers around.” Most of them were in their twenties, actually. He admitted Mom did better with their help, and was more engaged. He conceded that if he had had more help earlier, he might not have ended up in the hospital. But he still saw their role as temporary, until he got strong enough to resume command.

Father’s Day saw him back in the hospital.

His body went into fluid overload. The cause was congestive heart failure. His heart was not pumping enough oxygen and nutrients through his system, and his kidneys were responding by causing his body to retain fluid. He had to be given a Lasix drip to bring that down, and monitored to prevent dehydration for a day or two.

Though they told him the cause, what he took in was that he needed a fast-acting diuretic. There was fluid in his lungs. His ankles were swollen. The Lasix would fix this, then he could go home. Which, though it was a day later than he anticipated, he did.

As if she knew where she needed to be, my mother had one of her fainting-spells-that-look-like-ministrokes on Sunday. My sister Stacey (who lives a couple hours away in Rochester, New York, and was there for Father’s Day) was with the aide, but they could not revive my mother, and had to call 911. As usual, the ambulance ride seemed to cure her. Thankfully, this time they decided she did not need to be held overnight and given a barrage of tests. But for a few hours that day, my parents were two floors from one another.

My father had already begun to lobby my sister to get rid of the aides.

Round the clock care was expensive. He was going to run out of money, and my mother would end up in a crappy nursing home. All the other old arguments came out as well: they had no privacy; the aides just sat around most of the day; no one you paid could do as good a job as family.

Whitney listened, first patiently, then, as the same complaints were repeated over and over again, less so. “You have heart failure and bad kidneys,” she said bluntly. “You can’t do it.” But he was relentless. Eventually it wears a person down.

Finally she agreed that if he continued to improve, and registered for Lifeline and Meals on Wheels, which up until then he’d refused to do, we might gradually be able to move away from 24 hour care. Starting with the night aides.  The operative word here was gradually.

Within a week, he had let all but two of the aides go.

The ones he liked best. He was convinced he could get them to come just the times he wanted them to – despite the fact that they both had other clients. One of them, however, was the woman who had set up the whole schedule; when she left the day he informed her what he’d done, we weren’t sure she was coming back.

But my father was once more in charge.

“So let me get this straight,” I said to Whitney. “What we need to hope for is that he has enough of a setback to give him a scare and realize his mistake, but not enough to seriously endanger him or Mom. And ideally this needs to happen before those aides get new clients.

I had the sinking feeling that this was not a legitimate prayer request. Prayer wasn’t my strong suit anyway. But it was all I had. And eventually, the mercy train came.

The Truth About Lies: 72 Quotations from Authors Who Maybe Should Know »
« Dear Hank: Try again, Fail better. An Elder’s Reflection on NerdCon Stories 2016

9 thoughts on “You’re Not the Boss of Me: Eldercare Edition”