Three Times My Father Forgot to be Clark Kent 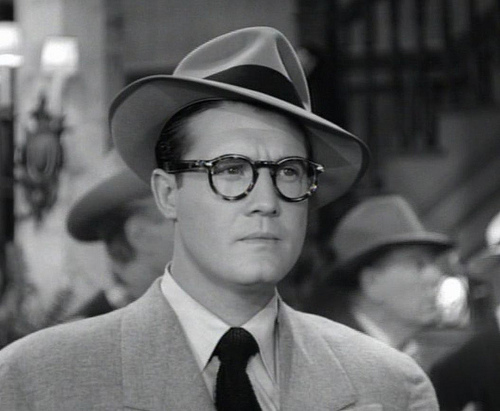 I was nine when we moved into the house on Greensview Drive.

Greensview, not Green view. We lived on the edge of a golf course. On the other side of the street the lots were cheaper, and no one built on them for a long time. The grass over there was taller than I was, mixed with pokeberry and mugwort and tree of heaven; I was drawn to the mystery, but afraid of the garter snakes. “They’re harmless,” my father said. This was true. But they darted.

My father is an ordinary man, but sometimes he forgets. Most fathers do. One hot day at the beginning of summer, he  revved up the lawn mower and pushed into the wilderness across the street – disappeared, like a man going walkabout. The engine choked and sputtered and whined; its sound wound its way through the weeds. After an hour or so he emerged, bits of grass stuck to his face, his arms, his hairless chest, smelling like sweat and Old Spice, like green and gasoline.  That Dad smell.

We did not call it a labyrinth; we did not have that word. We called it a maze. It was a-Maze-ing. He kept the paths trimmed all summer – though when he tried to start that mower up again the next year, to trim the fine grass on our manicured lawn, it choked and sputtered and died. That summer, though, darting in and out of the grass walls, I learned not to be afraid of snakes.

The owner of the golf course lived on one of the lots, the one closest to the clubhouse, so he could oversee things. It was a public golf course, which meant anyone could play. No one in my family did, though. My father agreed with Mark Twain: Golf was a good walk spoiled. But he liked good walks.

There were lots of things a golf course was good for besides golfing. In winter, the hills were great for sledding. A couple dads and the neighborhood kids – Dougie and Deeter Jones, Big Gary Larsen, Kevin and KC Novak, my brother and sister and I, and a herd of MacDonalds – would go across the course and down to the biggest hill, near the hedgerow, and spend the afternoon going up and down, up and down.

My dad with two of his brothers and his cousin Thelma

Wayne Jones was the dad who pushed your sled hardest, but you never knew quite what direction you’d go, and he always smelled like scotch and cigars. The Novaks’ dad would get on the sled with you to help steer. He was a rotund man, which made it a leisurely ride. My dad let you steer yourself as soon as it looked like you could. But if you whined enough on the way back up, he came halfway down to help with the sled. The Laird was a dad too, I suppose: but that’s not how I knew him.

He slithered into our company late one afternoon as the sun was going down and we were all happily frozen and packing up our gear to complain that our runners were cutting up his greens.  “I don’t want to see these kids on my course again,” he said. This course that used to be a farm. My father had grown up on a farm, and he believed kids get to sled on hills.  “Peanuts, ” my father said, and shoved his pugnacious chin into the face of the Laird. In 1965 you did not say “bullshit” in front of children, but all of us knew that’s what my father meant.

By the time I had my own children, my father had a riding lawnmower, and he had morphed into  Pop-Pop. I think Hillary, my brother’s oldest, gave him that name.  The grandkids drove the riding mower up and down Greensview Drive, steering for themselves, and he filled them full of candy.

My dad on HIS first tractor

The year we moved to Tennessee so my husband could go to Vanderbilt, he did not speak to us for months. Men do not go back to school and let their wives support the family.  We bought a new minivan for the trip back east, which brought an uneasy truce. Maggie drove the lawnmower up and down the cul de sac, waving at her brother, while Aidan waited impatiently for his turn. Steering was harder for Aidan. He was only four. Pop-Pop walked beside him and helped till he seemed to have figured it out.  Then he let him steer for himself.

But Aidan’s arms tired out before his enthusiasm did. Coming back into the driveway, he couldn’t turn the wheel as fast or as far as he had before. Dead ahead was that brand new Windstar. My father didn’t think twice. In fact he probably didn’t think at all. He just stepped between the lawnmower and the car.  “Pop-Pop has a lot of extra blood,” he told the crying driver while he held a rag to his leg. “And look! The bumper’s fine.” My husband shook his head, muttering to me with embarrassed awe, “It’s a bumper. That’s what bumpers are for.”

My father is an ordinary man, but sometimes he forgets. The scar is still there, a jagged white snake, darting through a maze of vericose veins.