The Keeper of Birthdays

Last week I had a blessedly low-key birthday.

The blessing is because it is the year-before-a-milestone birthday. A milestone, a millstone, a tombstone, what have you. My father talked about reaching this milestone for years before it happened, because he feared it; my mother never mentioned it, for exactly the same reason.

I’ve never been the sort of woman who didn’t want people to know my age; that seemed like vanity and nonsense. But after my last couple of job searches post-recession, I’ve begun to realize the value of not having that information easily searchable. My LinkedIn resume, for example, no longer lists my graduation dates, or the dates of my degrees. (Here’s how you do this.)

Forty is the old age of youth; fifty is the youth of old age.

I recited this French proverb (which I’ve since seen variously attributed to Victor Hugo, Hosea Ballou, and Oscar Wilde) with delight on my last milestone birthday. Next year I may simply move to France, where I can feel free to turn ten with a minimum of fuss. In the present, however, I am completely happy to have had an insignificant birthday. It is much cheaper.

Although I suppose I could travel light… Photo by Melvin Sokolsky 1963, Courtesy Vintage Photography

It was a Thursday, and a workday, this birthday of mine. In the evening I went to Story Club, a monthly venue at the Bryant Lake Bowl that my friend Mimi Nguyen brought to Minneapolis from Chicago. I am performing there in June, and I have only been there once before, so I wanted to get the lay of the land.

When I got home, there was a voice mail from my father. Keep in mind that he is (and always has been) completely tone deaf.

My mother doesn’t initiate any calls anymore, and it is hard to get her to pick up the phone when it rings if my father is not in the room telling her to do so. My dad rarely calls. This is partly because his eyes are bad, and partly because, well, it is my job to call them. We never know when is a good time, he says. You might be out.

Translation: we might have to talk to the @#$% answering machine.

They used to hate answering machines.  I still remember, back when my mild-mannered, prim-and-proper mother was placing calls, the message that began with a muttered under-the-breath oh shit! Oh, how I wish I still had that message.

My mother used to be the keeper of birthdays.

She sent all the cards out on time, addressed in perfect cursive. She sent cards on other holidays too: Christmas, of course, but also Easter and Valentine’s Day. I used to roll my eyes when she’d send me Valentine’s Day cards. They stopped when I got married, and started up again, for a while at least, after the divorce.

I’ve been terrible at cards for a long time, though I used to try. I even had one of those spiral bound Hallmark card organizers with pockets for each month; you write all the birthdays on the front of each pocket and make sure you have cards in advance. Now I’m infamous for buying cards, and then forgetting to send them.

The Friday before the second Sunday in May, I ended up leaving work early to go to the post office to express mail a Mother’s Day card. It seems I can get two foundation and two government proposals done by deadline in one week, but I can’t mail a damn card to my mother on time. Afterwards I burst into tears in the post office parking lot because it doesn’t really matter to her whether the card is there on time or not.

Now birthdays, too, are my father’s job. Though he is not a sender of cards.

On occasion my mom will surprise me. A week or so ago there had been a phone call that was largely a conversation about nothing, but which kept getting prolonged by one or the other parent every time I suggested saying goodnight. We have those conversations a lot. At one of those moments, my mother burst out with – “Say. When is your….BIRTH-day?” She plucked the word as if from air, triumphant; it emerged from her mouth with a flourish, like a perfectly cleaned bone.

And I did. This time I didn’t use express mail. It seems things that come in large envelopes like that are usually sales pitches to old people. When I had called that Mother’s Day, I found they had never opened it.

While I was trying to decide whether it was too late to call them back (and had not yet turned my ringer on) a second message arrived.

Fortunately my phone butler was still on duty.

You have my permission to love him. And yes, I called them right back. 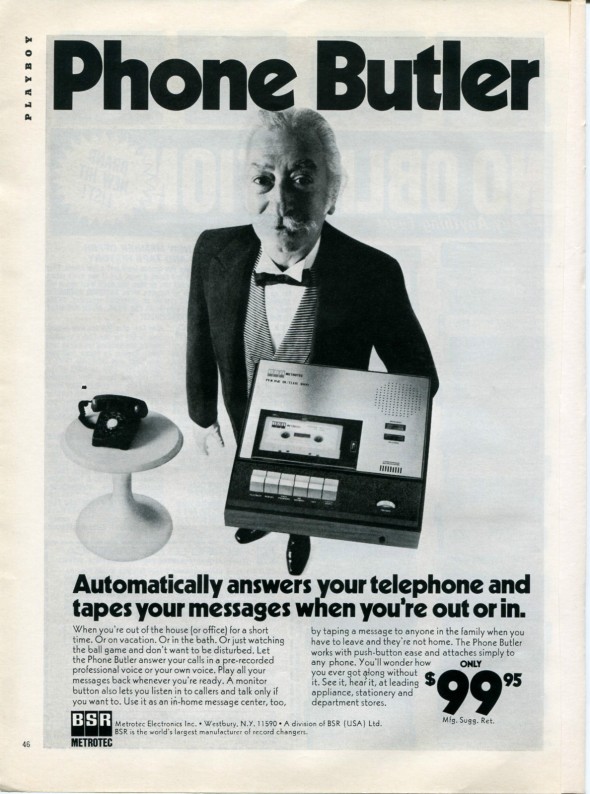 40 thoughts on “The Keeper of Birthdays”